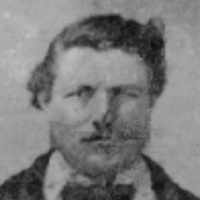 When Charles Friedrich Augustus Hoth was born on 27 August 1839, in Schleswig, Schleswig-Holstein, Germany, his father, Hans Peter Emanuel Hoth, was 35 and his mother, Anna Christina Ganseberg, was 31. He married Barbara Wilhelmina Wintsch on 2 December 1865, in Salt Lake City, Salt Lake, Utah, United States. They were the parents of at least 1 daughter. He lived in Sønderjylland, Denmark for about 5 years. He died on 4 May 1879, in Bunkerville, Clark, Nevada, United States, at the age of 39, and was buried in Bunkerville, Clark, Nevada, United States.

Put your face in a costume from Charles Friedrich Augustus's homelands.