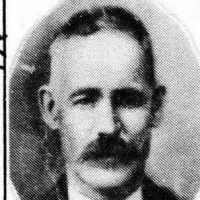 The Life Summary of Hyrum William

Put your face in a costume from Hyrum William's homelands.

HYRUM WILLIAM PEW AND HENRIETTA DRUZILLA WEYMOUTH Part of this story was written by Mona Rogers, wife of Hyrum’s great-grandson Denvon Rogers. Additions and changes to the story were made as needed a …