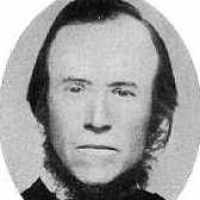 When Charles William Wilkinson was born in 1813, in Edinburgh, Scotland, United Kingdom, his father, Moses Wilkinson, was 38 and his mother, Ann Bailey, was 27. He married Sarah Ann Mercer on 31 March 1834, in Shipley, Yorkshire, England, United Kingdom. They were the parents of at least 5 sons and 7 daughters. He immigrated to Florence, Douglas, Nebraska, United States in 1862 and lived in Edinburgh, Midlothian, Scotland in 1816 and Bradford, Yorkshire, England, United Kingdom for about 10 years. He died on 29 January 1880, in Hoytsville, Summit, Utah, United States, at the age of 67, and was buried in Hoytsville Cemetery, Hoytsville, Summit, Utah, United States.

From Bradford to Hoytsville

Charles William Wilkinson married Sarah Ann Mercer and started a family in the town of Bradford. Bradford was in the center of the manufacturing districts and most people in the town were employed in …