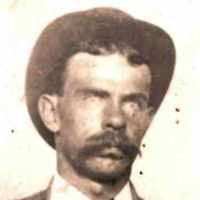 The Life Summary of Loren Elias

Put your face in a costume from Loren Elias's homelands.

English (of Norman origin): from Old French basset ‘of low stature’, a diminutive of basse ‘low, short’, either a nickname for a short person or a status name for someone of humble origins.Altered form of French Bessette 1 or Besset (see Bessette 2).History: William Bassett (c. 1598–1667) came to Plymouth, MA, from Kent, England, in the 1620s; c. 1650 he moved to Duxbury and subesequently to Bridgewater. He had many prominent descendants, among them one of the earliest families on Martha's Vineyard. — The surname Bassett of French origin (see 2 above) is listed in the register of Huguenot ancestors recognized by the Huguenot Society of America.

David Edwin Bassett was born 9 Oct 1846 – the second child of Loren Elias Bassett and Hulda Dimeras Vaughn Harmon. He was part of a “yours, mine, and ours” family, being Hulda’s eleventh child and Lo …