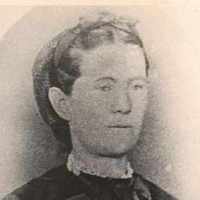 The Life Summary of Sage

Put your face in a costume from Sage's homelands.

Welsh (Glamorgan and Carmarthenshire): from the Welsh personal name Trahaearn, composed of the elements tra ‘most, very’ + haearn ‘iron’.

William Treharne Family (A little "snippet" of history.) William Treharne and his wife, Ann Richards, and their family joined the church and immigrated from Wales in 1849. They sailed on the S. S. …