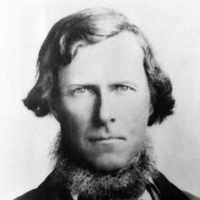 The Life Summary of Ebenezer Joseph

Put your face in a costume from Ebenezer Joseph's homelands.

English: from the Middle English personal name Hanke, with genitival or post-medieval excrescent -s. In England this personal name was a shortened form of both Hankin and Hancock , both of which were used as pet forms of Henry . The equivalent Middle Dutch names Hanke and Hankin, however, had the sense ‘young John’ and may have been introduced to England by Flemish settlers after the Conquest. There is no evidence to support the suggestion that an English hereditary surname was formed from the Old Norse personal name Anki, a diminutive of personal names such as Arngrim and Arnketill.