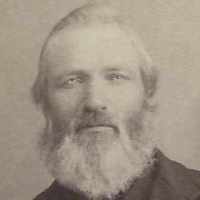 When John Evans was born on 31 December 1829, in Llanwinio, Carmarthenshire, Wales, his father, William James, was 31 and his mother, Elizabeth Morris, was 29. He married Elizabeth Hardcastle on 24 July 1858, in Utica, Oneida, New York, United States. They were the parents of at least 5 sons and 7 daughters. He died on 25 December 1917, in Murray, Salt Lake, Utah, United States, at the age of 87, and was buried in Murray Cemetery, Murray, Salt Lake, Utah, United States.

Compiled by Donna Wood Wetsel, great granddaughter and updated March 2019. Sources for this history are found on John Evan's page in this website, www.familysearch.org. Note: Extensive research was …