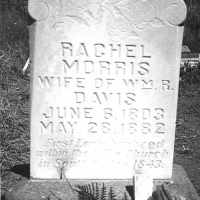 LIFE AND FAMILY OF WILLIAM REESE DAVIES by Murland R. Packer 1990 William Reese Davies was born in New Church, Carmarthanshire, South Wales, on July 31, 1805. He was the son of Reese Davies and Ann T …