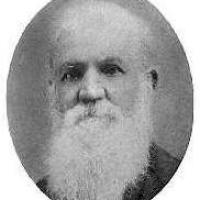 The Life Summary of Simeon

Put your face in a costume from Simeon's homelands.

English: habitational name from Pickering in North Yorkshire, named with an Old English group name, Piceringas, meaning ‘the people of a man named Pīcer’.History: John Pickering of Newgate, Coventry, Warwickshire, England, came to MA in the early 1630s. He married Elizabeth Alderman in Ipswich, MA, in 1636 and moved a year later to Salem.