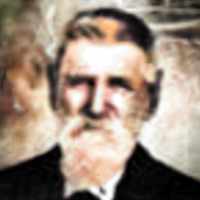 When Thomas Nix was born on 20 May 1827, in Dowsby, Lincolnshire, England, United Kingdom, his father, James Nix, was 25 and his mother, Mary Ann Love, was 25. He married Mary Holmes Banks on 13 November 1851, in Dowsby, Lincolnshire, England, United Kingdom. They were the parents of at least 4 sons and 5 daughters. He lived in Truxton, Cortland, New York, United States in 1865. He died on 18 September 1915, in Tooele, Tooele, Utah, United States, at the age of 88, and was buried in Tooele City Cemetery, Tooele, Tooele, Utah, United States.