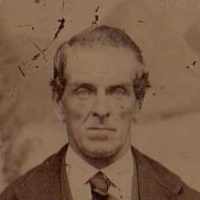 The Life Summary of Joseph H

Put your face in a costume from Joseph H's homelands.

Liverpool to Keokuk: The Mormon Maritime Migration Experience of 1853

Joseph and Harriet Taylor emigrated from England to the United States on a ship called the Elvira Owen. They left a port at Liverpool on the 15th of February 1853 and arrived in New Orleans the 31st o …