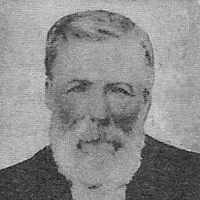 The Life Summary of William H.

English: probably an Essex variant of Hindmarsh ; however, it cannot be formally ruled out that the name arises from Middle English heigh messe, masse ‘High Mass’.

In the year 1853, the L.D.S. missionaries were preaching the gospel in England, and some members of the Hymas Family became interested in the gospel. Charles W. Penrose, a missionary (and later a me …