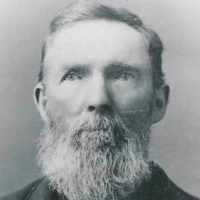 A Tribute To William Adams By Sadie Ollorton Clark You Seldom link their lives with tenderness, Those rugged men who blazed the western trail, Unless you glimpse a father, eyes tear veiled, As rough …