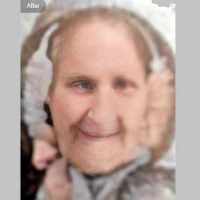 English (northern): patronymic from the Middle English personal name Geffrey or Jeffray (see Jeffrey ) + -son. In the late medieval period Geffreyson was increasingly pronounced Jeffrason, with shortening of the diphthong to a simple vowel, which was later commonly altered to Gefferson and Jefferson, with metathesis of -r- and this shortened vowel. In North America, this surname became especially common among African Americans (see 2 below).African American: from the personal name Jefferson (or Thomas Jefferson), adopted in honor of Thomas Jefferson, the 3rd president of the US; or adoption of the surname in 1 above, in most cases probably for the same reason.History: The third US president, author of the Declaration of Independence, and VA statesman Thomas Jefferson (1743–1826) relates in his memoirs a family tradition that he was descended from Welsh stock on his father's side, while noting the relative infrequency of the name Jefferson in Wales. It is a characteristically northern English name. — A Jefferson was among the burgesses who attended the first representative assembly at Jamestown, VA, in 1619.