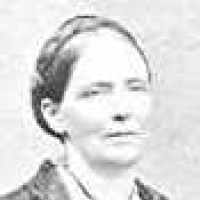 When Ann Athes was born on 5 November 1827, in Marsworth, Buckinghamshire, England, United Kingdom, her father, William Athiss, was 24 and her mother, Elizabeth Prior, was 23. She married Shadrach Empey on 12 October 1847, in Wingrave, Buckinghamshire, England, United Kingdom. They were the parents of at least 9 sons and 3 daughters. She lived in Lehi, Utah, Utah, United States in 1860. She died on 7 January 1906, in Ammon, Bingham, Idaho, United States, at the age of 78, and was buried in Lehi, Utah, Utah, United States.