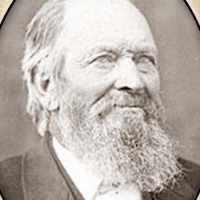 The Life Summary of Jesse Bigler

Put your face in a costume from Jesse Bigler's homelands.

(Written by Sophronia Lydia Smith Brimhall, a granddaughter.) Jesse Bigler Martin is the son of Matilda Bigler and John Snyder Martin. He was born on April 11, 1825, in Harrison Co., West Virginia …