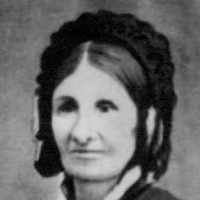 Little is known of George Coleman's boyhood. He must have received some schooling, which is apparent from his letter writing ability and the business records which he kept. He very likely apprenticed …