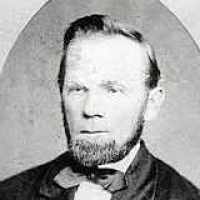 The Life Summary of Leopold

Put your face in a costume from Leopold's homelands.

History of Leopold Wirthlin and his wife Anna Hirschi This history was prepared by Leopold’s son, Joseph Wirthlin and written by grandson Joseph L. Wirthlin, January 22-23, 1934, at the latter’s home …