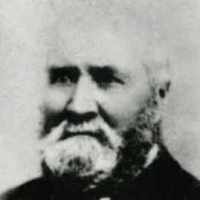 English: from Middle English fauconer, fauk(e)ner, falconer ‘falconer’ (Old French fau(l)connier), an occupational name for someone who kept and trained falcons (a common feudal service). Falconry was a tremendously popular sport among the aristocracy in medieval Europe, and most great houses had their falconers. The surname could also have arisen as a metonymic occupational name for someone who operated the siege gun known as a falcon.

He was born in Somersham,Huntingden, England 6 May 1814; he married Jane Taylor 11 November 1838, they had seven children, four girls and three boys. Jane Taylor was born 5 February 1810 also in Some …