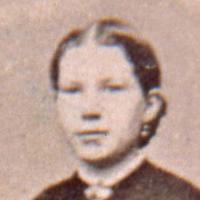 When Ann Gledhill was born on 2 May 1842, her father, Edward Gledhill, was 30 and her mother, Betty Hague, was 27. She married Amasa Scovill on 20 November 1868, in Salt Lake City, Salt Lake, Utah, United States. They were the parents of at least 1 daughter. She lived in Oldham, Lancashire, England, United Kingdom for about 10 years. She died on 5 January 1870, in Orangeville, Emery, Utah, United States, at the age of 27, and was buried in Mount Pleasant, Sanpete, Utah, United States.