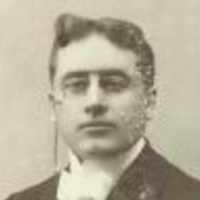 The Life Summary of Stephen Henry

English (widespread, especially in the southeast): from the genitive singular or nominative plural form of Old English halh ‘nook, recess’ (see Hale ).Irish: when not of English origin, this may be a variant of Healy or McHale .

STEPHEN HALES 1791-1846 Stephen Hales was born September 10, 1791 in Stockbury, Kent, England. He was the son of Stephen and Margaret Waterman Harbour Hales. Stephen (his father) was the son of St …