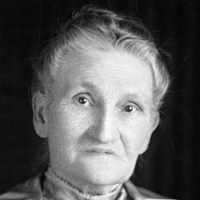 The Life Summary of Elizabeth Preston

Put your face in a costume from Elizabeth Preston's homelands.

From Robert Oral and Myrtle Welch Hatch: Their Life Stories, Posterity, and Pioneer Ancestors compiled by Marjorie Eddy and Kathleen Savage Judd, 2004—may be reproduced for family purposes only, not c …