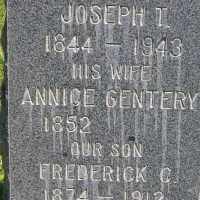 The Life Summary of Annice Elizabeth

Put your face in a costume from Annice Elizabeth's homelands.

A Compilation of General Voyage Notes "GOD'S PROVIDENCES. -- Through the blessing of our Father in Heaven, we are enabled to chronicle the sailing of the ship American Congress, with 294 adults on bo …