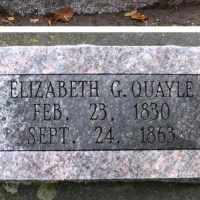 English: variant of Gillian with genitival or post-medieval excrescent -s.

William was the 7th of William and Bathsheba's children. He did not join The Church of Jesus Christ of Latter-day Saints, but four of his children did. His wife, Elizabeth (nee Sexton), died in 1844 …