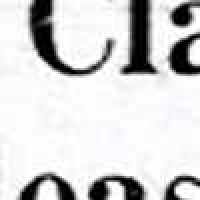 The Life Summary of William Charles

German: variant of Kloss 1. It is also found in France (Lorraine).French: topographic name for someone who lived by an enclosure of some sort, from Old French clos ‘enclosure’ (from Late Latin clausum, past participle of claudere ‘to close’). Compare Duclos .