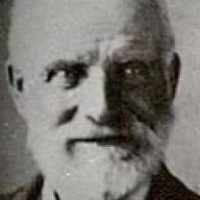 The Life Summary of Henry Saul

Put your face in a costume from Henry Saul's homelands.

Biography of Henry Saul Brooks by his grandson, Lynn Brooks

Henry Saul Brooks was born at Oxford, Oxford Shire, England, 2 September, 1834; son of John and Henrietta Saul Brooks. We have no history of grandfather's childhood days. We know that he was indust …