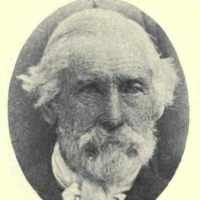 The Life Summary of Luke

When Luke Cook was born on 25 January 1823, in Clutton, Somerset, England, United Kingdom, his father, George W Cook Jr., was 38 and his mother, Artulus Collier, was 39. He married Louisa Burton on 18 January 1851, in Trevethin, Monmouthshire, Wales, United Kingdom. They were the parents of at least 2 sons and 5 daughters. He lived in High Littleton, Somerset, England, United Kingdom in 1841 and Trevethin, Monmouthshire, Wales in 1851. He registered for military service in 1857. He died on 5 April 1900, in Provo, Utah, Utah, United States, at the age of 77, and was buried in Provo, Utah, Utah, United States.

Put your face in a costume from Luke's homelands.

Story of Luke and Louisa as told by their great granddaughter, Shirley Sanford Taylor

My great, great grandmother, Louisa Burton, (who I am named after) and grandfather, Luke Cook, joined the church at nineteen years of age in London. Their parents disowned them when they joined the Mo …