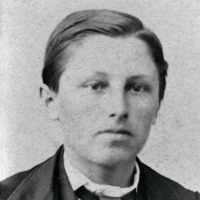 The Life Summary of John Jakob

Put your face in a costume from John Jakob's homelands.

Mary Ann Cluff Boshard immigrated from the area pointed by the arrow from Switzerland after her mother separated from her husband.