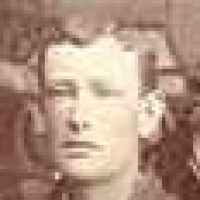 The Life Summary of Richard Stevenson

Put your face in a costume from Richard Stevenson's homelands.

English (Pembrokeshire): from a Middle English pet form of the personal name Gilbert .

Monday Apr 19 1886 It is a little cloudy. I have got ten cents left and I feel rich. I have got little acquainted with St. Louis. I took the O & M for Flora at 7:15. During the trip my companions …