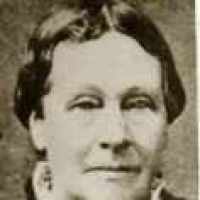 The Life Summary of Samantha Jane

Put your face in a costume from Samantha Jane's homelands.

Samantha Jane Buckland Russell Midwife- Mrs. Samantha Russell was the first midwife in Francis. She with her husband Charley , came to Francis about 1880. They built a log cabin at the east of Franci …