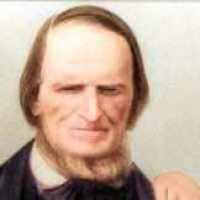 When Daniel Cook III was born on 15 December 1798, in Kingsclear, York, New Brunswick, Canada, his father, Daniel Cook II, was 23 and his mother, Lydia Churchill, was 20. He married Mary Maria Fuller in 1820, in New Brunswick, Canada. They were the parents of at least 6 sons and 6 daughters. He died on 5 February 1875, in Salina, Sevier, Utah, United States, at the age of 76, and was buried in Salina, Sevier, Utah, United States.

Irish and Scottish: usually identical in origin with the English name (see 1 above), but in some cases a shortened Anglicized form of Gaelic Mac Cúg ‘son of Hugo’ (see McCook ).