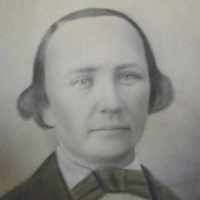 The Life Summary of Morris Charles

Put your face in a costume from Morris Charles's homelands.

Grandma was born, March 20 1820. Her parents were James and Lydia Lewis Thompson. When she was four years old her father died leaving her mother with seven small children, making it necessary for her …