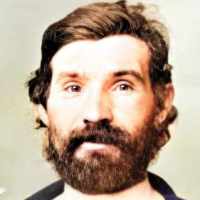 The Life Summary of Hugh

English (Lancashire):habitational name from any of various places called Hilton (e.g. in Cambridgeshire, Derbyshire, Staffordshire, North Yorkshire, and Westmorland), most of which derive from Old English hyll ‘hill’ + tūn ‘farmstead, estate’, though some come from Old English helde ‘slope’ + tūn.occasionally, as in the case of Ralph filius Hilton (Yorkshire 1219), perhaps from the personal name Hilton, itself a possible form of Norman Hildun, composed of the ancient Germanic elements hild ‘strife, battle’ + hūn ‘bear cub’. Compare Hilt . This English surname is present in Ireland (mainly taken to Ulster in the early 17th century, though recorded earlier in Dublin).

From Hugh, the first Hilton Mormon—His Progenitors and Descendants by Eugene Hilton (written in 1964)

HUGH AND HIS FATHER'S FAMILY Seven Velvet Walks Since working people in Bolton did not move from one house to another, except rarely, we assume that the family was living there in 1821. It was on …