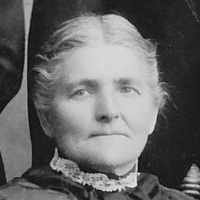 The Life Summary of Margaret Patterson

Put your face in a costume from Margaret Patterson's homelands.

MARGARET HUNTER VAN ORMAN Margaret Hunter Van Orman was born September 28, 1847 in Devon, Iron Works, Scotland. She was the third child of Adam and Elizabeth Patterson Hunter. Her family was …