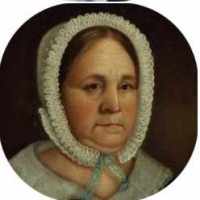 The Life Summary of Clarissa Loomis

Put your face in a costume from Clarissa Loomis's homelands.

English: topographic name for someone who lived near a meadow or a patch of arable land (see Layman ).Swedish: habitational name, formed with man ‘man’, for someone from any of several places whose name is beginning with Ly- (e.g. Lyhundra, Lydinge, and Lynäs).Americanized form of German Leimann (see Leiman ).