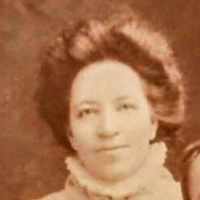 The Life Summary of Huldah Clarinda

Put your face in a costume from Huldah Clarinda's homelands.

HULDAH CLARINDA COLBY: Huldah Colby Teeples was born in New York June 4, 1812. She was a true Latter Day Saint, a friend and care taker of the sick, a mother in Israel in every deed. She was a pi …