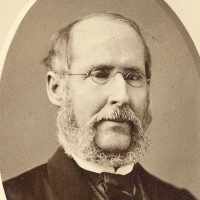 When Albert Carrington was born on 8 January 1813, in Royalton, Windsor, Vermont, United States, his father, Daniel Van Carrington, was 46 and his mother, Isabella Bowman, was 25. He married Rhoda Maria Woods on 6 December 1838, in Iowa, Wisconsin, United States. They were the parents of at least 8 sons and 8 daughters. He lived in Nauvoo, Hancock, Illinois, United States in 1839. He died on 19 September 1889, at the age of 76, and was buried in Salt Lake City Cemetery, Salt Lake City, Salt Lake, Utah, United States.