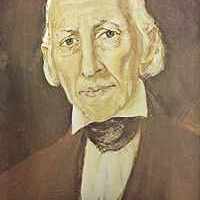 When Joseph Smith Sr was born on 12 July 1771, in Topsfield, Essex, Massachusetts Bay Colony, British Colonial America, his father, Asael Smith, was 27 and his mother, Mary Duty, was 27. He married Lucy Mack on 24 January 1796, in Tunbridge, Orange, Vermont, United States. They were the parents of at least 8 sons and 4 daughters. He died on 14 September 1840, in Nauvoo, Hancock, Illinois, United States, at the age of 69, and was buried in Smith Family Cemetery, Nauvoo, Hancock, Illinois, United States.