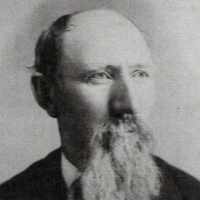 The Life Summary of Baltzar

When Baltzar Sørensen Petersen was born on 3 December 1834, in Ingerslev, Tiset, Havreballegård, Denmark, his father, Søren Pedersen, was 29 and his mother, Ane Magrette Baltzersdatter, was 28. He married Mette Margrete Juulsdatter on 30 May 1857, in Holme, Havreballegård, Denmark. They were the parents of at least 9 sons and 2 daughters. He died on 21 November 1910, in Richville, Morgan, Utah, United States, at the age of 75, and was buried in Richville Cemetery, Richville, Morgan, Utah, United States.

Put your face in a costume from Baltzar's homelands.

[Compiled by a great-great granddaughter, from existing searchable family records, in 2014. While I have attempted to create an accurate story, I appreciate any corrections, as needed. Not having a …