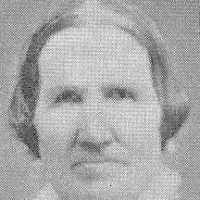 The Life Summary of Elizabeth Susanna

When Elizabeth Susanna Moore was born on 21 January 1812, in Epworth, Lincolnshire, England, United Kingdom, her father, Thomas Moore, was 38 and her mother, Ann Day, was 33. She married Thomas Huskinson Giles on 13 February 1845, in Broxholme, Lincolnshire, England, United Kingdom. They were the parents of at least 5 sons and 1 daughter. In 1880, at the age of 68, her occupation is listed as keeping house. She died on 2 January 1888, in Heber City, Wasatch, Utah, United States, at the age of 75, and was buried in Heber City Cemetery, Heber City, Wasatch, Utah, United States.

Put your face in a costume from Elizabeth Susanna's homelands.