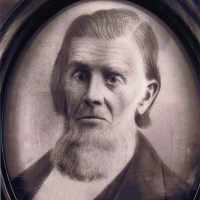 When Thomas Davies was born on 7 April 1811, in Upton Magna, Shropshire, England, United Kingdom, his father, Thomas Lloyd, was 27 and his mother, Anna Letitia Davies, was 24. He married Mary Simmonds on 24 November 1834, in Shrewsbury St Mary, Shrewsbury, Shropshire, England, United Kingdom. He immigrated to New Orleans, Orleans, Louisiana, United States in 1849. He died on 2 August 1890, in Fillmore, Millard, Utah, United States, at the age of 79, and was buried in Fillmore Cemetery, Fillmore, Millard, Utah, United States.