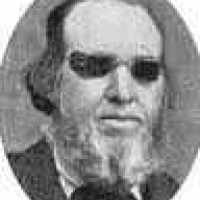 The Life Summary of Thomas Davis

Put your face in a costume from Thomas Davis's homelands.

Thomas Davis Giles was converted to "The Church of Jesus Christ of Latter-day Saints" in 1844 in southern Wales through the efforts of his friend, Elder Abel Evans, a local Welsh missionary and recent …