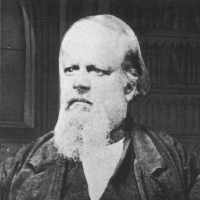 CREDITS: Some of the listed sources do not have names of who did the research but most are found in family histories. “References listed in the Church Historian’s Office for John Bair” No Name g …