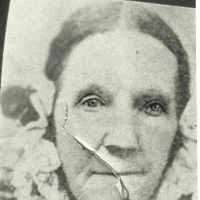 When Ann Davis was born on 31 March 1791, in Vowchurch, Herefordshire, England, United Kingdom, her father, John Davis, was 49 and her mother, Elizabeth Prosser, was 45. She married William Dalley Jr on 6 May 1819, in Leominster, Herefordshire, England. They were the parents of at least 3 sons and 4 daughters. She died on 21 March 1875, in Pleasant Grove, Utah, Utah, United States, at the age of 83, and was buried in Salt Lake City Cemetery, Salt Lake City, Salt Lake, Utah, United States.

NIELSON B. DALLEY: A MAN WORTH KNOWING In this Bi-Centennial year, when the entire United States is focusing on the ideals and principles that are associated with our country's greatness, it is appr …