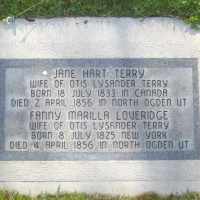 The Life Summary of Fanny Marilla

Put your face in a costume from Fanny Marilla's homelands.

History of Otis Terry, as compiled by Cynthia Graham