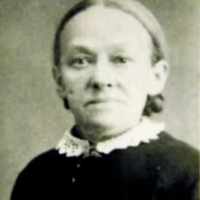 When Sarah Thomas was born on 7 May 1797, in Llanegwad, Carmarthenshire, Wales, her father, Stephen Thomas, was 42 and her mother, Lettice David, was 37. She married Daniel Davis on 7 March 1819, in Llanegwad, Carmarthenshire, Wales, United Kingdom. They were the parents of at least 3 sons and 6 daughters. She died on 17 January 1864, in Brigham City, Box Elder, Utah, United States, at the age of 66, and was buried in Brigham City Cemetery, Brigham City, Box Elder, Utah, United States.