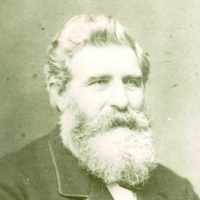 The Life Summary of Christian Daniel

Put your face in a costume from Christian Daniel's homelands.

From Latin Christianus ‘follower of Christ’, in use as a given name from the Middle Ages onwards, especially as a girl's name. The name of Christ (Greek Khristos) is a translation of the Hebrew term Messiah ‘anointed’.

When Peter John Fjeldsted was a young boy, about 1865 around the age of 13, 14 or 15, his father Christian Daniel Fjeldsted had broken his leg. Winter was approaching and the family did not have suff …