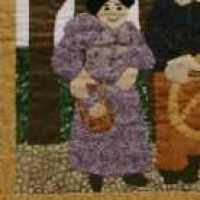 Scottish: from an Anglicized form of the Gaelic personal names Muireadhach ‘mariner’, Murchadh ‘sea-warrior’, and Muircheartach ‘sea-ruler’, the first element in each being muir ‘sea’. The personal name was introduced into Yorkshire and Normandy by Norsemen from Ireland as early as the 10th century. The surname in post-Conquest medieval England usually belongs to Norman families.