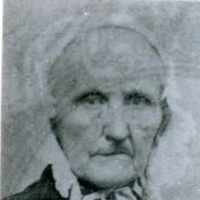 The Life Summary of Evaline

Put your face in a costume from Evaline's homelands.

Scottish: Anglicized form of Gaelic Mac Gille Eáin, ‘son of the servant (i.e. devotee) of (Saint) John’. Compare Irish McAloon and McGlone .History: This is the name of a major Scottish clan traditionally associated with the island of Mull, which claims descent from Gille Eáin na Tuaidh (‘Gillean of the Battleaxe’), who lived in the 13th century.