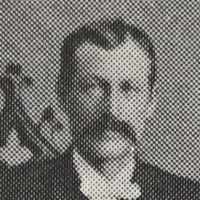 When William Oakden was born on 15 August 1829, in Derby, Derbyshire, England, United Kingdom, his father, Charles Oakden, was 23 and his mother, Mary Ann Boam, was 20. He married Mary Hodgkinson on 14 January 1854, in Derby, Derbyshire, England, United Kingdom. He died on 24 June 1856, in Salt Lake City, Salt Lake, Utah, United States, at the age of 26, and was buried in Utah, Utah, United States.

ELIZABETH MILLS Elizabeth was born March 7, 1839 at Douglas, Isle of Mann which then belonged to Ireland. When she was two years old she had a severe case of measles which caused her to be totall …